Can Christians Change the World... Again?

The past few days I read Alvin J. Schmidt’s work, How Christianity Changed the World. This is not a work I would have gravitated to had it not been on the reading list for the Apologetics Academy next year but I am grateful that it was required reading. Every true Christian should read this book and be aware just how far contemporary Christianity has fallen from that of the initial followers of Christ some 2,000 years ago.

Over the past few years as my understanding of Scripture and Church History has expanded and, hopefully, deepened, I have become keenly aware of how far from Biblical Christianity the modern-day evangelical church has fallen.

As a former Evangelical (I grew up Pentecostal and moved into the Evangelical/Charismatic movement for over a decade) I am very well aware that the churches hold that they are shrinking. I don’t think you need to be an evangelical to see that. When we moved to Dutch Reformed and now Lutheran we can see how small the congregations are.

Even with the mega-churches, those are really far and few and they have their own issues, which in many ways, this book brought out. So, evangelicals moved into what is called the Church Growth Movement. I suspect that Spurgeon would label it “Downgrade.2” and that many faithful pastors find the CGM to be shallow and, as Barna Group[1] found out, not much growth actually occurs. I have also noticed that many in the modern churches don’t seem to be like the early Christians but much more like the world…and here lies the problem.

Christianity came into a world where women and children were not valued. Marriage was not sacred. Promiscuity was accepted. The murder of unwanted children was advanced so the woman could not be saddled with responsibility. Men used boys to satisfy their lusts and it was acceptable. Men had affairs and even their wives did not care. Women couldn’t go out in public without escort and were sent to their quarters when husbands had people over. Men had legal mistresses, female infants had no value and were either drowned or more brutally murdered and some just left on piles of rubbish outside the city for birds and beasts to destroy. Homosexuality, Pedophilia, group sex and bestiality were normalized. Into this world Christianity rose and changed everything.

Paul L. Maier, Professor of Ancient History writes in the Foreword the following:

In what some have called this “post-Christian” era, new books on Jesus of Nazareth regularly appear in which there is less Christ and more caricature—all in the name of supposed scholarship. As for the Christianity Jesus founded, there is a similar tendency either to ignore its contributions to our world or to stress negative aspects of church history that also developed whenever believers belied their beliefs. It has become “politically correct” to fault Christianity for authoritarianism and repression, a faith that promoted fanaticism and religious warfare while impeding science and free inquiry.[2]

Such is what happens when your children go to college and take a World Religions course. I know so because that’s the course I teach. Over the semester the students are taught that all religions are about love and compassion and tolerance. However, once you come to Christianity the topics are how Christians reject science and how they started wars, how women are belittled and men are superior. Of course, in my classes I have to set the record straight, but by the end of the semester most students still hear the mantra, “All religions are equal” and “All religions are true.” It is hard to crack through what has been told them almost their entire life. Christianity is put up on the same shelf as Hinduism, which long taught that the wife must climb onto the funeral pire of her husband and die with him or be considered an outcast. Christianty, we are told, is just like all other religions.

Now, if you’ve read your Bible and have just a little knowledge of Church History, you know Christianity is not like every other religion. After all, most of them have a grave to visit which holds the remains of their founder. Christianity doesn’t. Jesus actually did, physically rise from the dead, showed proof of this for forty days to over 500 eyewitnesses and even some of the rulers of that day knew this happened because when Paul testifies he says to Festus, “this didn’t happen in a corner…” meaning, he knew the resurrection was true.

So, how did Christianity change the world and why am I writing about this book? Well, as I was reading it hit me like never before that we are living in a pagan society once again. Let me explain a few points (to get the whole picture I HIGHLY recommend picking this book up and reading it for yourself): 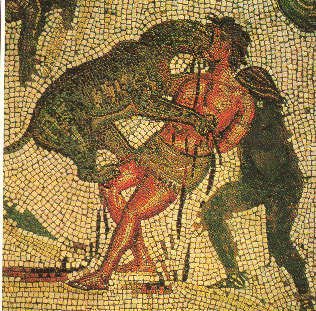 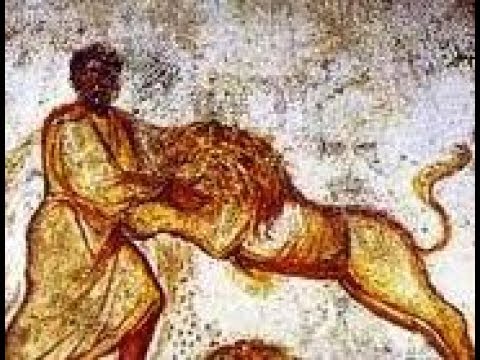 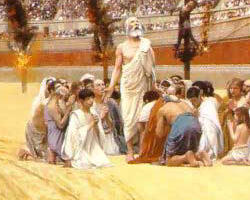 Schmidt writes about many of the early Christians and how they were transformed from those who rejected Jesus and His Testimony that He is the Messiah to those who would die for that fact. Stephen, the first Martyr, would be the first of many who would seal their testimony to the Risen Christ with their own blood. The martyrdom of Christians has never stopped, though there have been times of reprieve over the past 2000 years. All of the initial disciples (sans Judas who committed suicide and John who died a natural death, though tortured and exiled) died a martyr’s death. The fact is, these are the very men who would have know they were lying about Jesus physically rises from the dead, and as Dr. Montgomery often says, Folks don’t willingly die for a lie they perpetuate. These men, who cowered in a house with doors and windows locked after Jesus was crucified, some out 50 days later boldly proclaiming salvation in the Name of Jesus alone. That, my friends, is some transformation.

Near the beginning of this post I wrote that Hindus require the wife, upon the death of her husband, to climb atop the funeral pyre and be burned to death with her husband (called Sati[3]). In not only Roman but many other societies, children were thrown into the street, drowned or willfully killed if they were deformed in any way and mostly girls were just tossed aside because they held girls had no value. The murder of women and children was seen in Africa and North and South America before Christianity came and the Gospel changed things.

Does this sound eerily familiar to you? Is not the Islandic[4] Government and a few other European governments approving the abortion (infanticide) of children with Down Syndrome? Why, even in our own United States, this is up for debate. Children from promiscuity are murdered in clinics now yet they still are not valued.

Christians, however, from the beginning cared for and rescued those children.

In l’Hopital du Saint-Esprit, Paris, there hangs a painting of fishermen retrieving castaway

infants from the Tiber River in Italy. Those fishermen were Christians. To this day Christians work to stop abortion and partial birth abortion, which is infanticide. Christians understand that men, women and children, born or unborn, have value because they are made after the image of God.

“People who today see murder and mass atrocities as immoral may not realize that their beliefs in this regard are largely the result of their having internalized the Christian ethic that holds human life to be sacred.[5]”

Under Christianity’s influence the world changed. However, it is starting to change back. Why? Could the answer be the version of Christianity that has spread over the past 150 or more years? This is a Christianity devoid of doctrine, teachings and a historical connection to the Church in the days of Rome. It is a Christianity where anything goes. It is a Christianity where sin is no longer called sin but rather, we now utilize euphemisms such as “addiction” and “mistakes”. Christian ministers no longer call the congregation to repent and be absolved of their sins. The Law and Gospel, except in a small percentage of churches, is not proclaimed. You either get too much Law, and by that then have legalism and people leaving because they know they can never measure up to God’s Law and don’t want mans additional laws added. Or, you have an imbalance on the side of grace and then what Paul exclaimed becomes the norm, “What shall we sin so grace may abound?” (Romans 6:1) They forget the next sentence, God FORBID.

Christianity, as Dr. Montgomery and Craig Parton have both said, in most cases has run away from the world in hiding. Instead of fighting the world, flesh and the devil, Christians hide. Non-confrontation is the norm. We, I include myself; don’t live the lives of Christians. Can we honestly be called “little Christ’s” (Acts. 11:26)? That is what a Christian is supposed to be. Instead, we’ve run away from society hiding behind closed church doors and fellowship halls. We have abdicated our role as both salt and light in this sin-darkened, fallen world.

Christ is Risen and now Reigns over all

But, I don’t want to leave us here. The same Christians who feared the beasts of the amphitheatres of Rome had the same exact Lord of Glory who rose from the dead and proved that we will live again. The same Christians who feared the executioners ax had the same Jesus who died on that Roman Cross and rose again who promised us that even if we die, “yet shall you live.” We are no different. We have family, friends, we work hard and we love the Risen Lord just as they did.

Why cower and fear what your neighbor will say when you invite them again to church for the 99th time? What if, on that 100th time you invite your neighbor to church they say Yes? Unless they hear the Gospel from you, how do you know if they’ve ever heard it? What if you are that final voice that God will use to convict and convert them? You will never know unless you move out of your comfort zone and tell them the Gospel. Invite them to mid-week Bible Study and they just might come.

We have a risen Savior, who by the Power of the Holy Spirit still works in the lives of His People and brings others into His Church. Yes, it is the work of the Holy Spirit to convict and convert them (John 16:8), but He has chose to use vessels that are weak, broken and often get nervous sharing the gospel (you know, jars of clay, 2 Cor. 4:7), to proclaim the Good News that this world is not the end and their sins are forgiven in Jesus Christ.

Christianity is starting to look like the world and no longer changing it. Instead, the World is changing Christianity.

Though the same paganism of Rome and other ancient societies is becoming the norm we have the Gospel and it is the “power of God unto salvation”. It is the power to transform to “change the world” again. Scripture tells us that the disciples of Jesus turned the world upside down. (Acts 17:6)

Let us pray God will change Christianity so that it once again changes the world.

[4] The Debate over Terminating Down Syndrome Pregnancies, http://www.healthline.com/health-news/the-debate-over-terminating-down-syndrome-pregnancies.

Has it been 3 years already?

The Struggle is Real